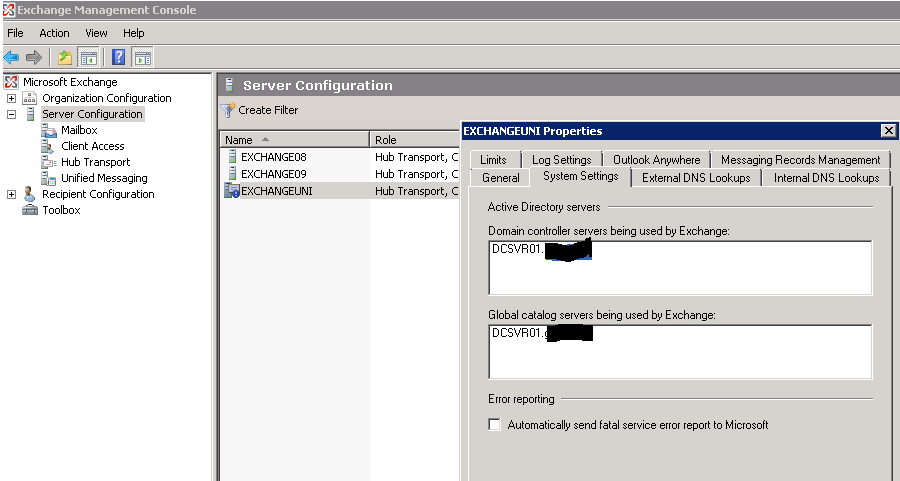 In an environment where one DC exist after adding Windows 2012 R2 Servers as additional servers, Exchange 2007 doesn’t show the new servers although they also hold GC.

In the below screenshot, the SACL right was not provided to the new DCs due to GPO problem.

After checking sites, Replication, all is healthy and no issue with it.

After Linking the Domain Controllers OU to the Default Controllers policy, the SACL permission was provided without any issue.

After removing the old DC