We had a security lab on Azure with 12 machines, It included 2 DCs and 10 other machines of different OS and had RDP closed on all the machines except one machine to use.

The Password was set for something simple however it seems that someone has changed it and no one was able to access the domain controller anymore nor any of the machines.

I had another user created for backup but it seems that user was also changed.

VM has reported a failure when processing extension ‘enablevmaccess’. Error message: “VMAccess Extension does not support Domain Controller.” More information on troubleshooting is available at https://aka.ms/vmextensionwindowstroubleshoot

To reset a password, we first need to define the VM we’re working with. To do this, we can use the Get-AzureRmVm cmdlet. I’ll go ahead and assign variables to both the VM name and the resource group since we’ll need to reference those later, as well.

Next, we’ll need some way to pass the username and password into the script. A great way to do that is through the Get-Credential cmdlet.

Once the credential is saved, we can then execute the command to actually make the password change using the variables we set earlier. Notice we had to use the GetNetworkCredential() method on the pscredential object. This method will not work if the credential is retrieved from another computer or from another user account. This shouldn’t be a problem, though, since you’re likely to execute this in a single script.

Once this completed (hopefully successfully), the VM will need to be rebooted. We can do that by using the Restart-AzureRmVm cmdlet.

While this PowerShell script might work with a normal VM, It will not work with a DC and would result in the same error as in the portal.

The solution is to write a script which would run through the CustomScriptExtension that you can deploy from the Azure Portal on the intended VM that has the Domain Controller Deployed on it.

Once you get the script ready to change the administrator Password you can upload the script and deploy it.

Let’s get the script ready and demonstrate these steps one by one.

– Save the file on your desktop for later use. Go to Azure Portal, Virtual Machines and select your Domain Controller. 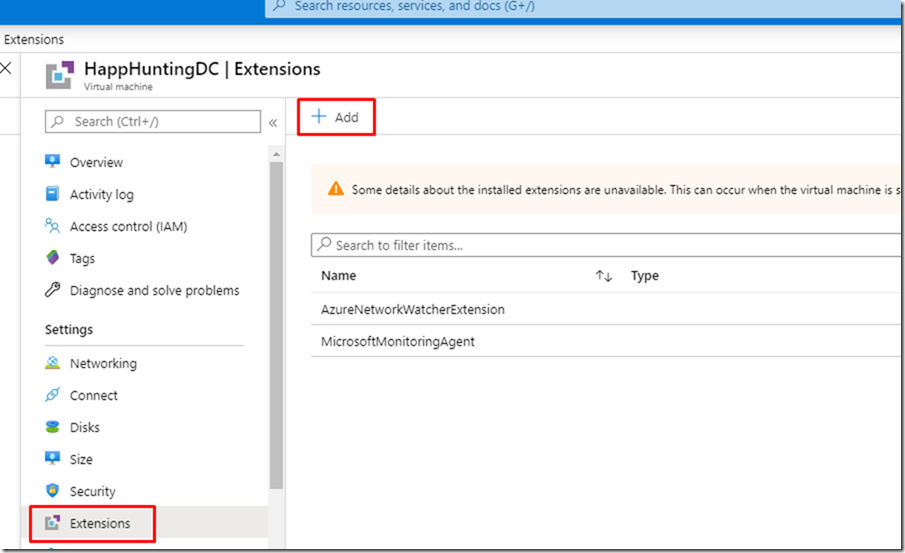 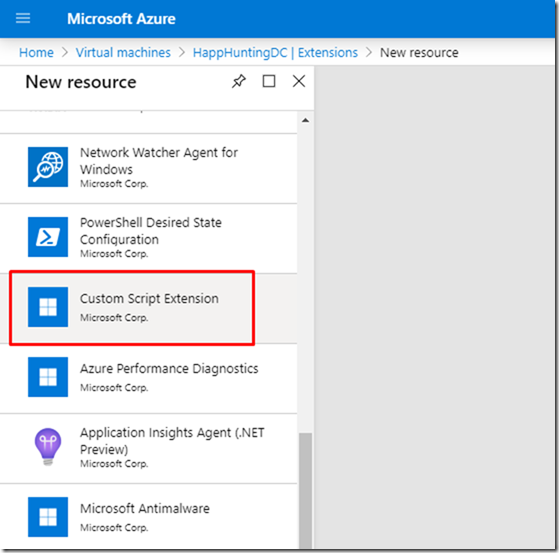 – Browse the PowerShell script on your Desktop.

– Select an existing container or create new one

– Upload the file to the container 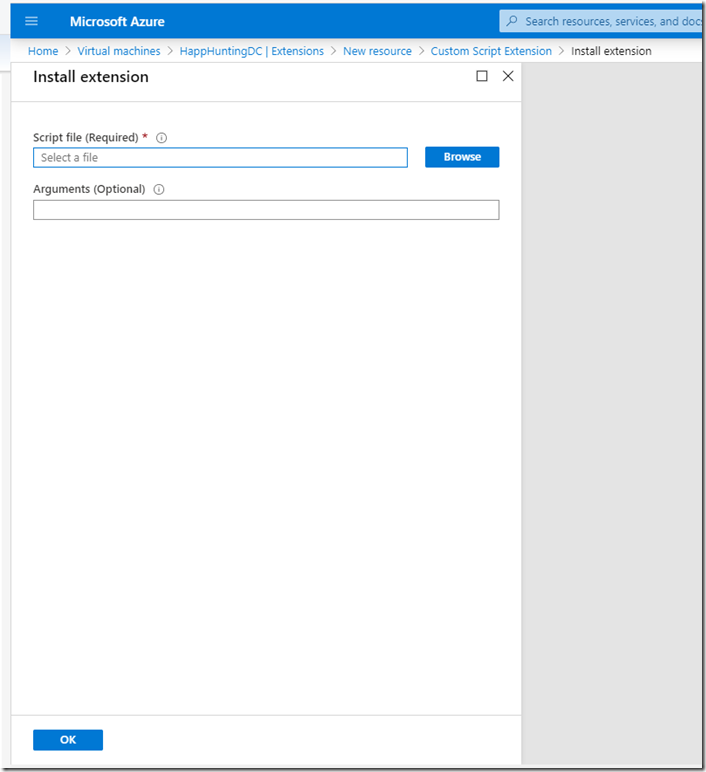 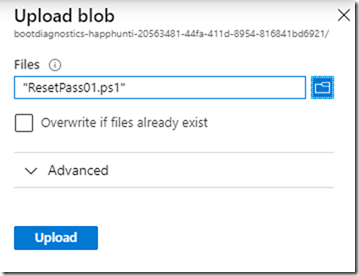 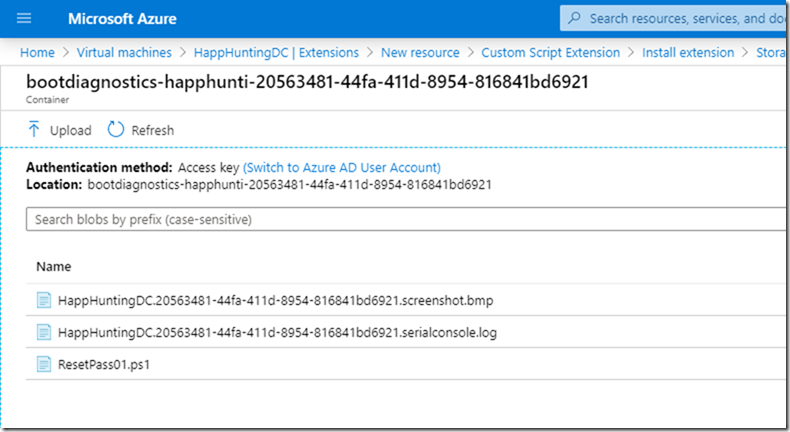 Once deployed, it’ll take few mins to reset the password and you don’t have to restart the server. 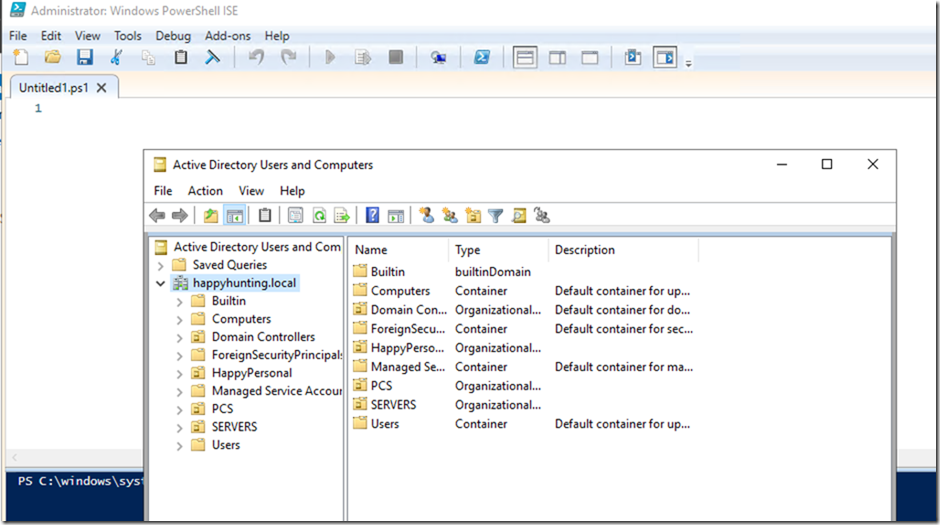 After this I was able to access the machine again using the new password in the script.

I got a request to place users into Security Groups for management purposes, The client have already users active but many of those users have left the work place and still have E3 or E1 Licenses which they should not have since this is pricey licenses and backing up users details is the easiest and most cost effective way of handling this.

So, To start (Prerequisites):

The Group based licensing management is a new feature, Was introduced in 2019 and not many people know that it is there however, This feature doesn’t come for free as you know (Since it’s Microsoft) and you must have a license for it or at least have users with E3 licensing model. So the requirements are:

How does it work?

In order for you to get this to work  you need to make sure you have planned from where you want to manage those groups and their licenses, Online? Or On-Premises?

If you’re going to do this online, then you need to create a group for each Licensing Model which represents the intended License and its users e.g. Office365-E1 is going to be created as a security group and dedicated to E1 License users.

Office365-E3 will also be created the same way and users of License type E3 will be added to it.

If you’re going to manage those groups on-premises, Then you must have ADConnect (Azure AD Sync) tool to sync those groups after creating them.

In my case I have created those groups in the following manner:

After creating those groups, You will need to sync them to Office 365 using ADConnect. To force this to sync immediately fire up Powershell on Azure Connect Server and type

What If I have users already assigned with License?

If you have users already assigned licenses and want to manage them using Group Based licensing then you’re going to have to get a list of all your users with their Licenses information into a CSV file and Import those users to the groups you created base on the license they have.

I created a PowerShell that would match user’s names and based on the license mentioned in the CSV file would add them to the relevant group but first you need to export Users from Office 365.

Export Users and their license from Office 365

So this is how my CSV look right after I exported the users, We need to do some tuning on this CSV file to clean it and get it ready for our PowerShell.

There are total of 6 columns in this folder, If for whatever reason you wanted to use the ProxyAddress to distinguish users feel free to keep them in the script but in my case I didn’t need them so I deleted the entire column.

So I will keep the following (Remove Spacing between License Type)

The Value of the License Type is usually formatted like this “TenantName: License” and in order to make this column useful I am going to remove the Tenant name from all the cells.

Find and Replace can easily remove and clean these values for you. 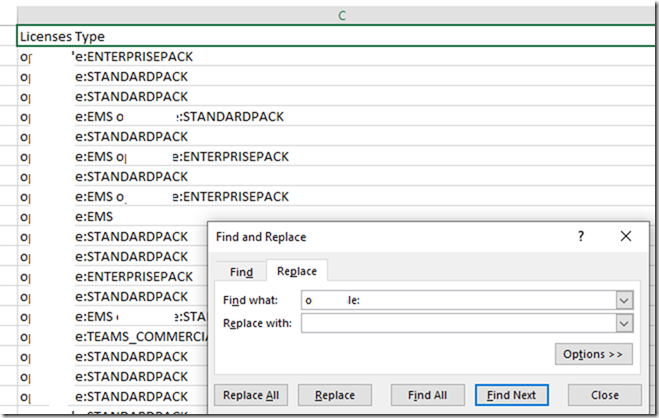 After cleaning the column, this is how it looks

This should be useful for us now along with the PowerShell to add the users to their relevant groups.

On Active Directory from an elevated PowerShell

Run PowerShell ISE  from a privileged account and copy + paste this script in ISE,

After this script finishes, I can open Azure Portal 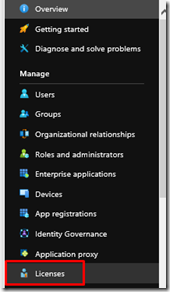 Here, The group has been assigned 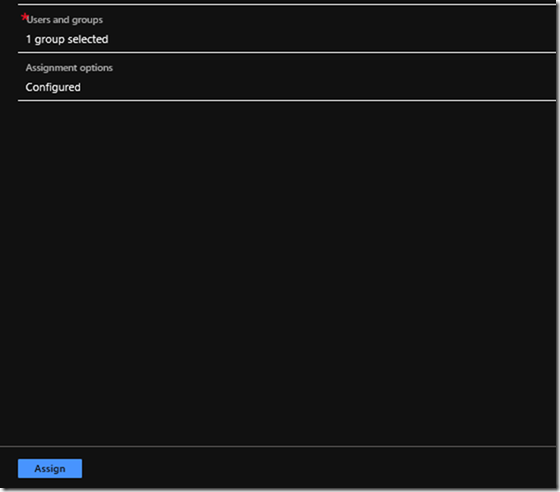 We will do the same for E3 Users

From now on, Removing any user from this group will revoke their license and any service connected to it, You must be very careful when removing users from this group.

Microsoft has done great job covering this thoroughly and in a great detail including Scripts to be able to do many things like grabbing users who have an inherited license from a group or manually assigned. I am writing down the references if you’re more curious into these.